Rohan’s journey stemmed from unhealthy addictions and chronic fatigue syndrome, to the realization that he could heal himself.

This led him to study nutritional and functional medicine.  During this time he learnt the ins and outs of genetics, mitochondrial function, detoxification, and all of the pretty pathway diagrams in between.

With small wins here and there he eventually came full circle back to the importance of mind-based medicine: Meditation, breathwork, psychotherapy, and the healing power of nature. He realized that his search for external answers was only half of the picture, and he would never really heal without treating the other half.

Rohan has a clinical practice in Adelaide which attracts a lot of CFS clients and other complex cases. Utilising accurate testing he aims to offer a targeted, holistic approach to care.

Listen to Other Episodes 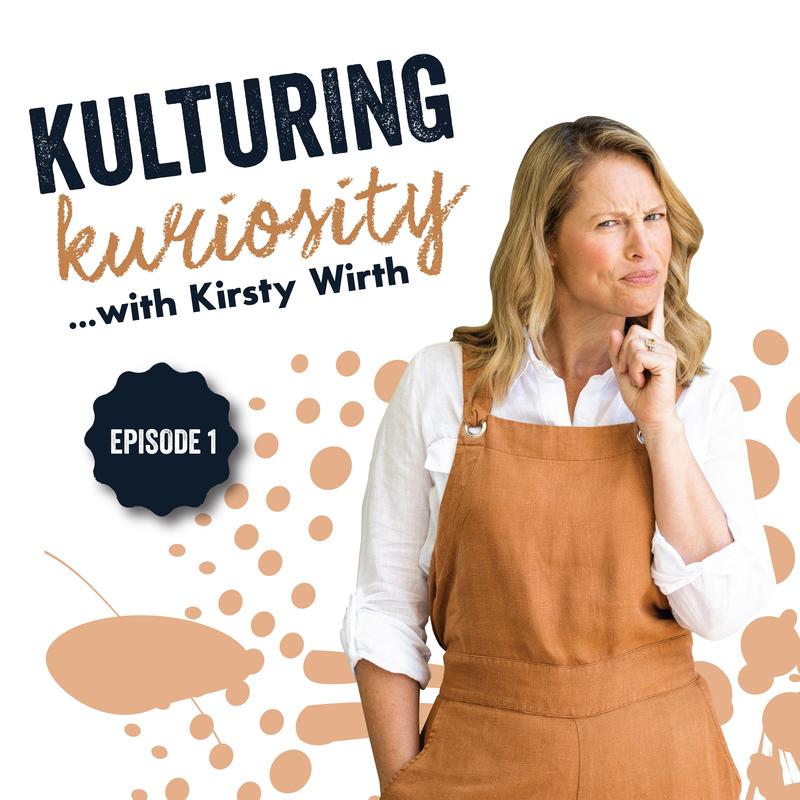 In this episode, I get deep into my own journey and share with you my intentions for this podcast and all the exciting guests we have lined up. Get ready to get inspired and spark that curiosity. 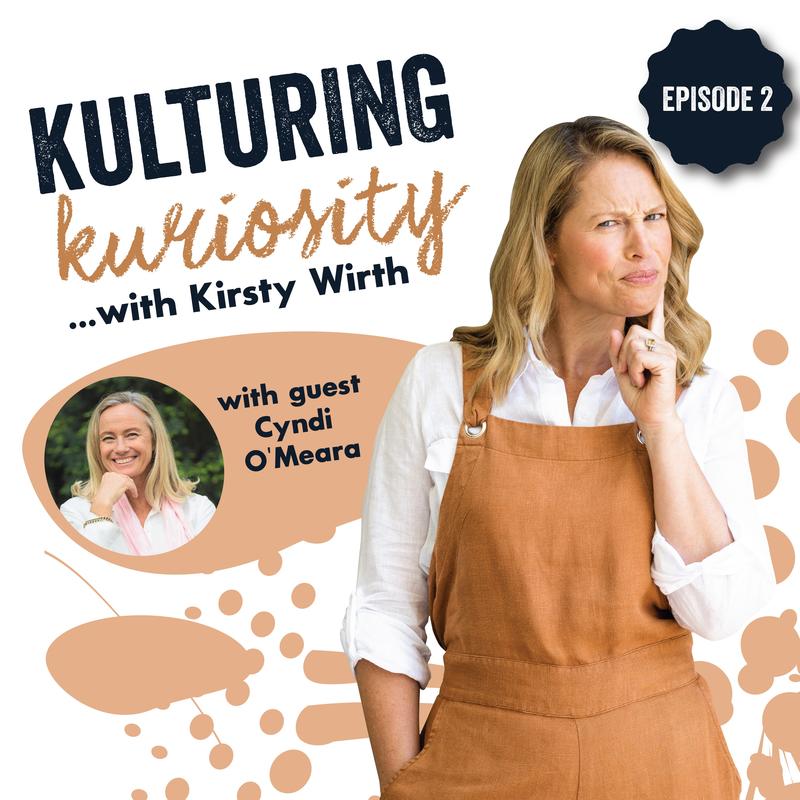 This episode features the fearless Cyndi O’Meara who tells us about a time when she was in her 50’s and what she discovered about the ketogenic diet. 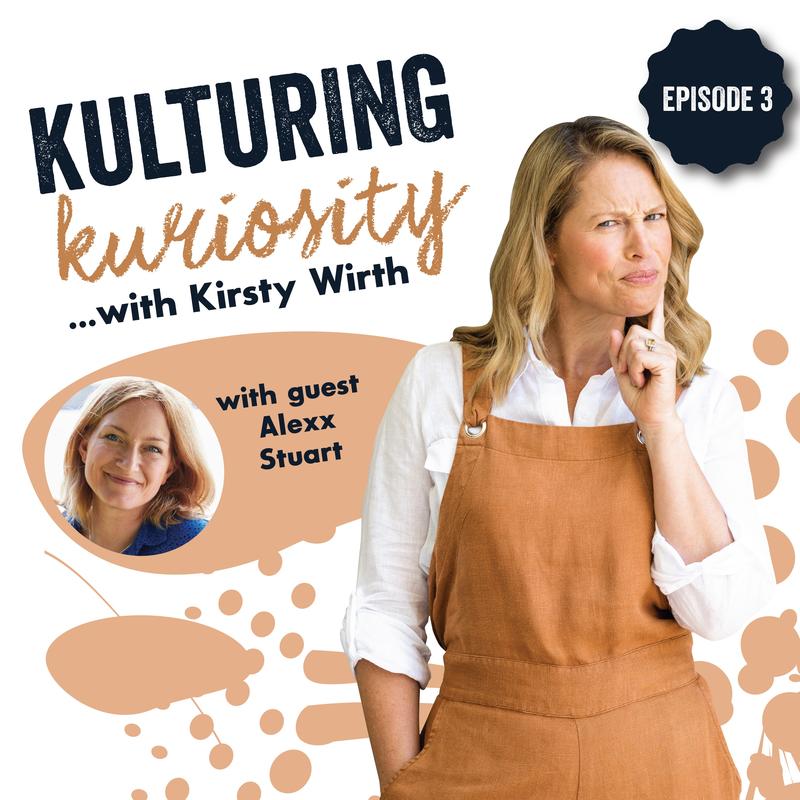 In this episode I am joined by Alexx Stuart, founder of Low Tox Life. We discuss how tonsillitis plagued her until she had a wonderful consult with a naturopath who really changed the course of how she investigated her health, the questions that she asked and taught her the importance of forming a great partnership with a practitioner. 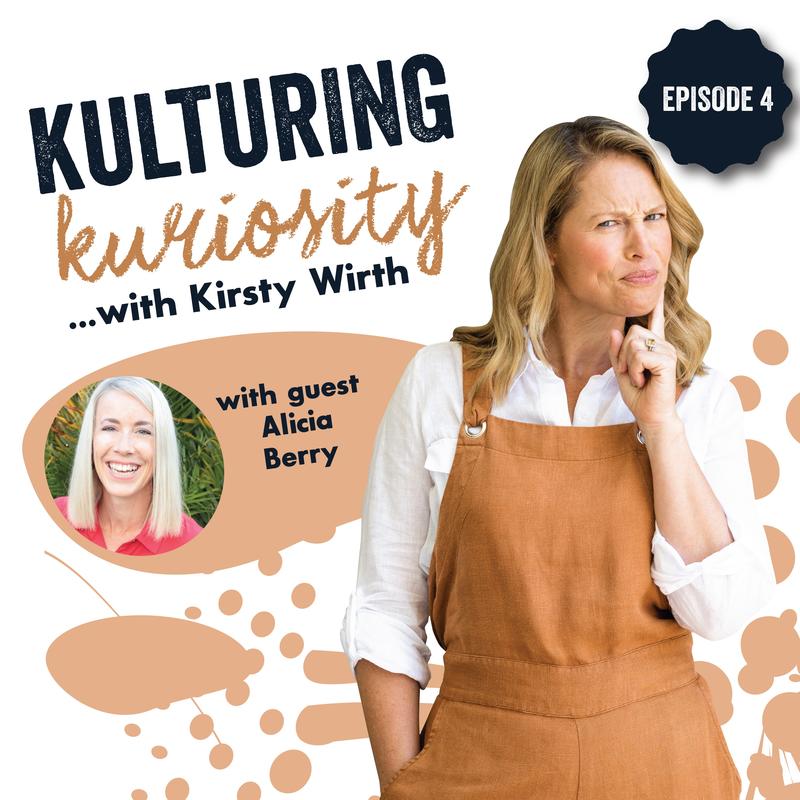 This episode features one of our own team health coaches, Alicia Berry. Alicia became curious when, suffering with some serious health concerns, she wondered if her breast implants were the root cause of her problems. 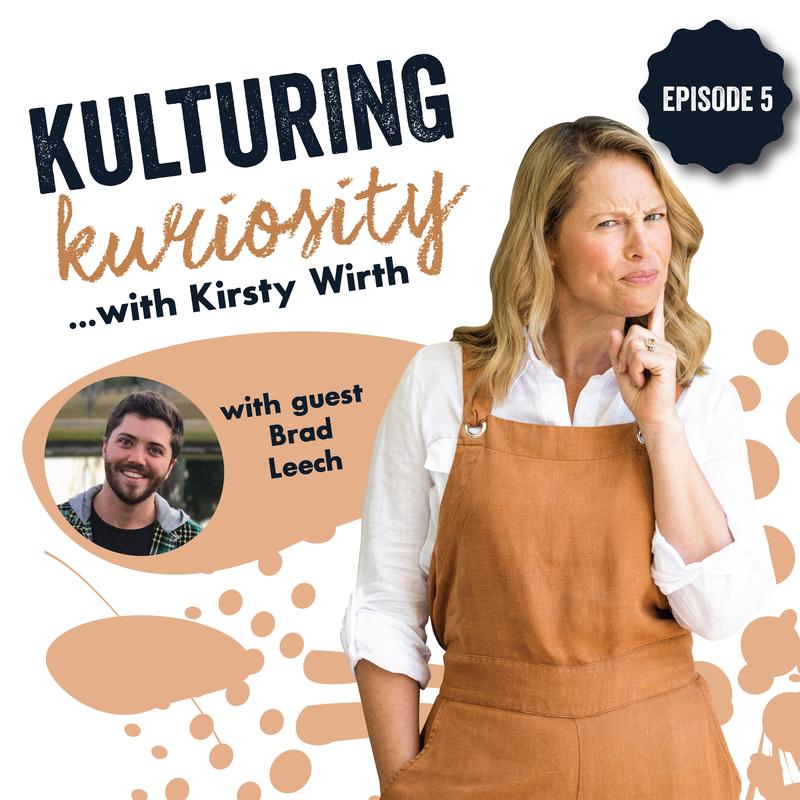 In this episode, I have a fantastic chat with Brad Leech, who is a clinical nutritionist, Ayurvedic specialist and currently studying his PhD in intestinal permeability. 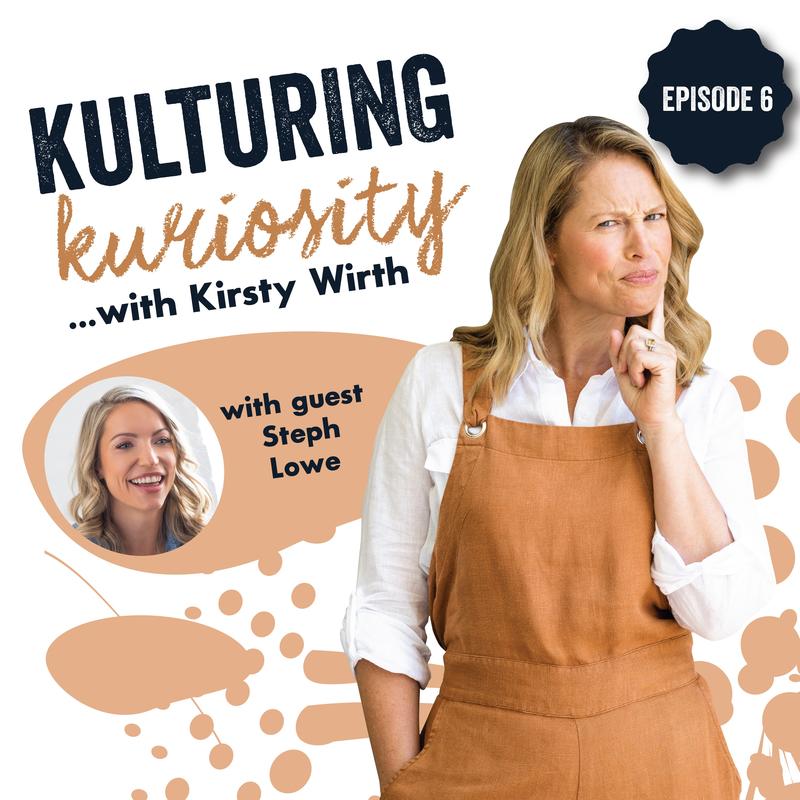 In this episode, Steph talks about her journey from a teen with food and health issues to becoming the Natural Nutritionist with a passion for spreading a positive message about real food and the incredible affect it has on health. 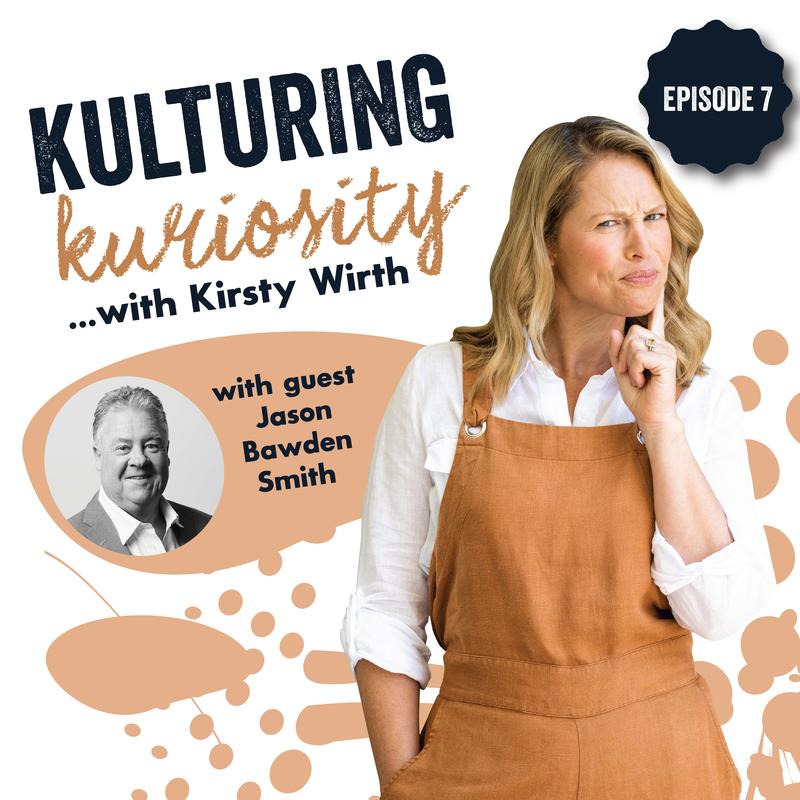 In this episode, hear how as a teenager, Jason’s curiosity was sparked by swimming in Sydney’s polluted waters, leading him down a path of studying water quality and on to becoming a consultant on childhood lead poisoning. 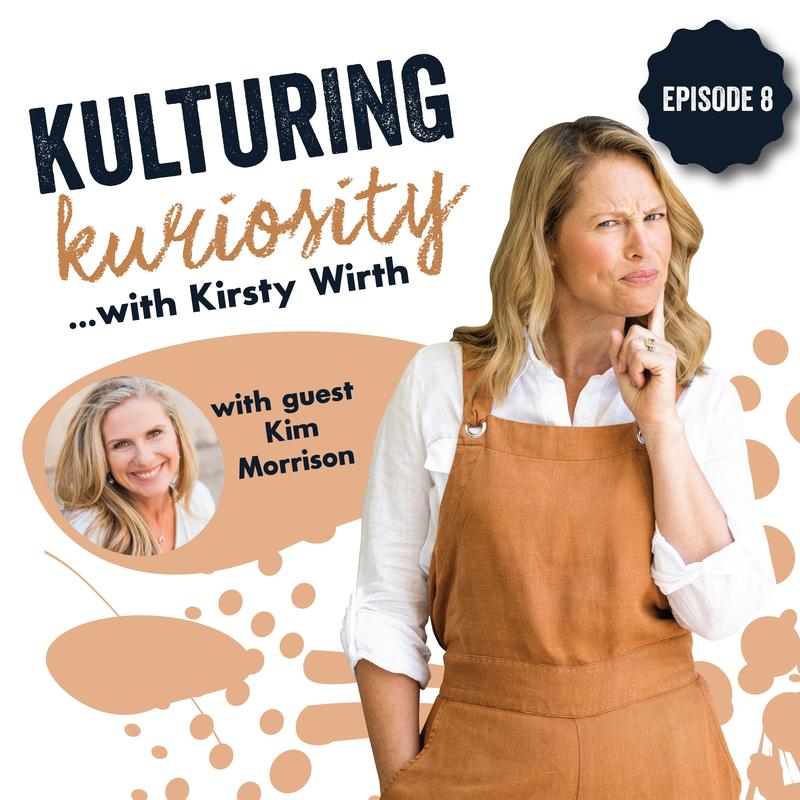 In this episode, I am joined by my dear friend, Kim Morrison, founder of Twenty8, an incredible organic skincare and aromatherapy company. Her life journey, and all she has accomplished to date, has stemmed from her unwavering self-belief, a healthy dose of curiosity, and her deep understanding that you must take care of yourself first and foremost. 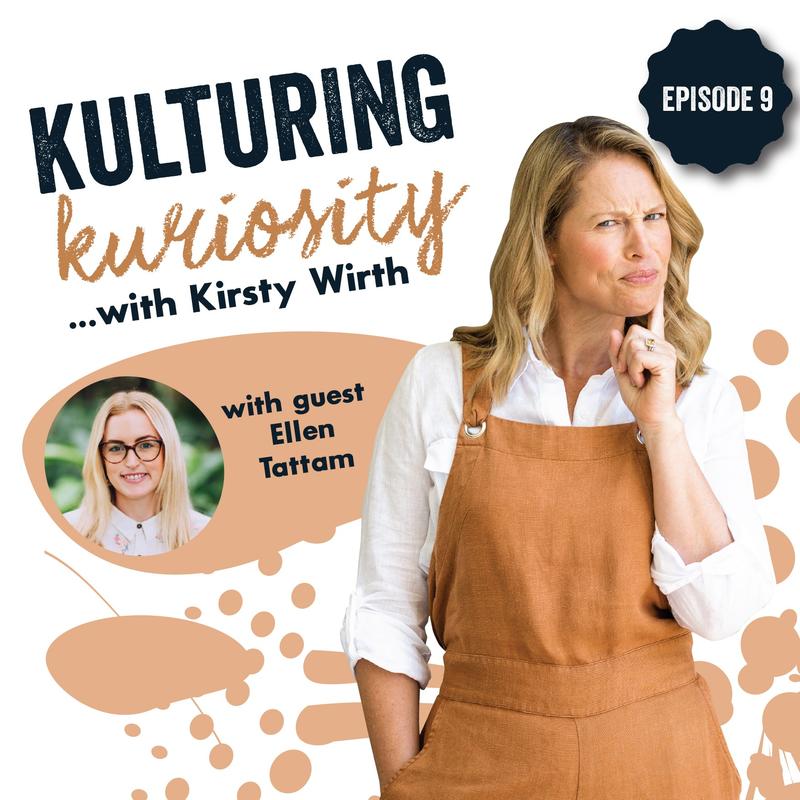 In today's episode, I am talking with our beautiful head Naturopath, Ellen. But today it’s not Ellen’s clinical experience we are exploring but her incredible volunteer work in India for some NGO’s whose focus is on women's health education.

In this episode, my dear friend, Cathy and I talk about the tiny cabin her and partner Carlos share in the Noosa hinterland and how they have opened it up as a simple retreat for guests to immerse themselves in nature and a simpler life. 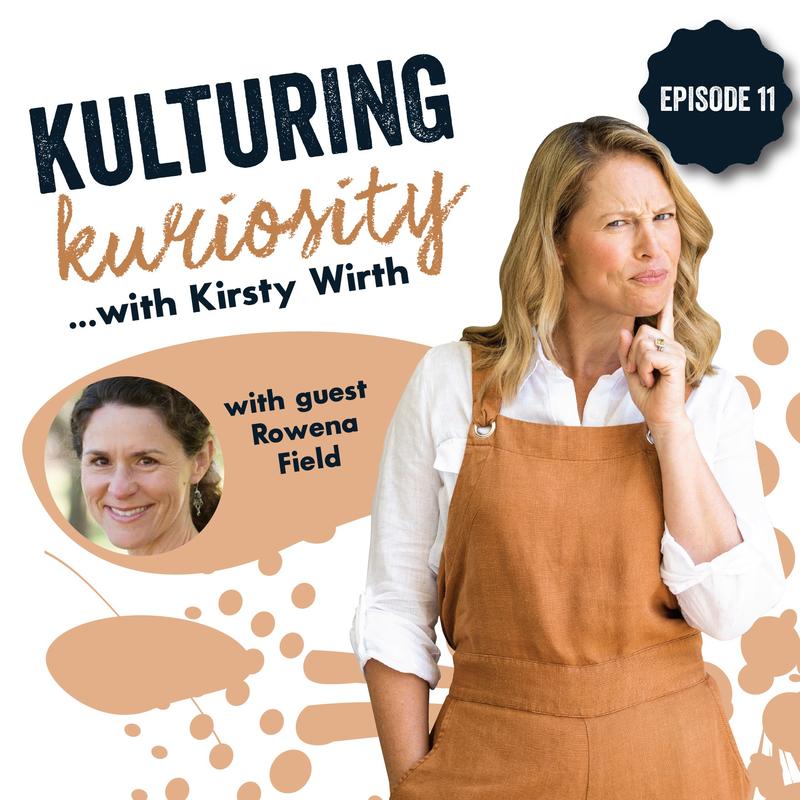 In this episode, Rowena Field, a physiotherapist and a PhD candidate, specialising in chronic pain and nutrition, shares her own experience with chronic back pain which led her to turn her understanding of chronic pain management on its head and in the process solve her own chronic pain problem. 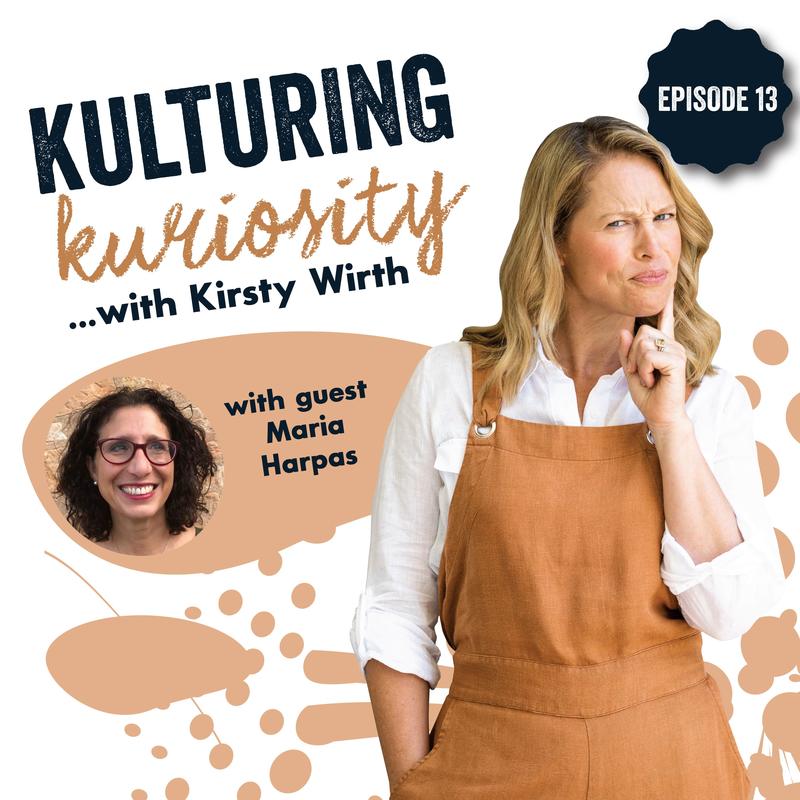 In this episode, I’m interviewing Maria Harpas, a clinical Nutritionist and Naturopath. We unpack the benefits and limitations of a vegan diet and the most common markers that she sees in clinic to help her patients optimise their health. 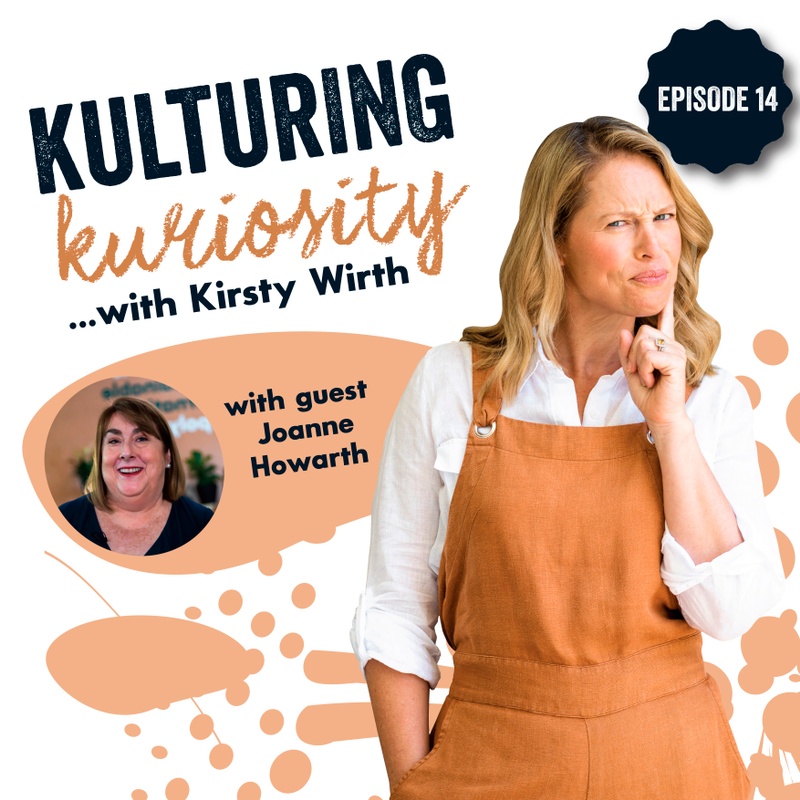 Today I interview Joanne Howarth, Founder and CEO of Planet Protector Packaging who have developed a range of eco-friendly sustainable thermal packaging that doesn't harm the planet. Listen in as I talk with her about how experiencing the devastating effects of polystyrene led her to develop this ethically sound product. 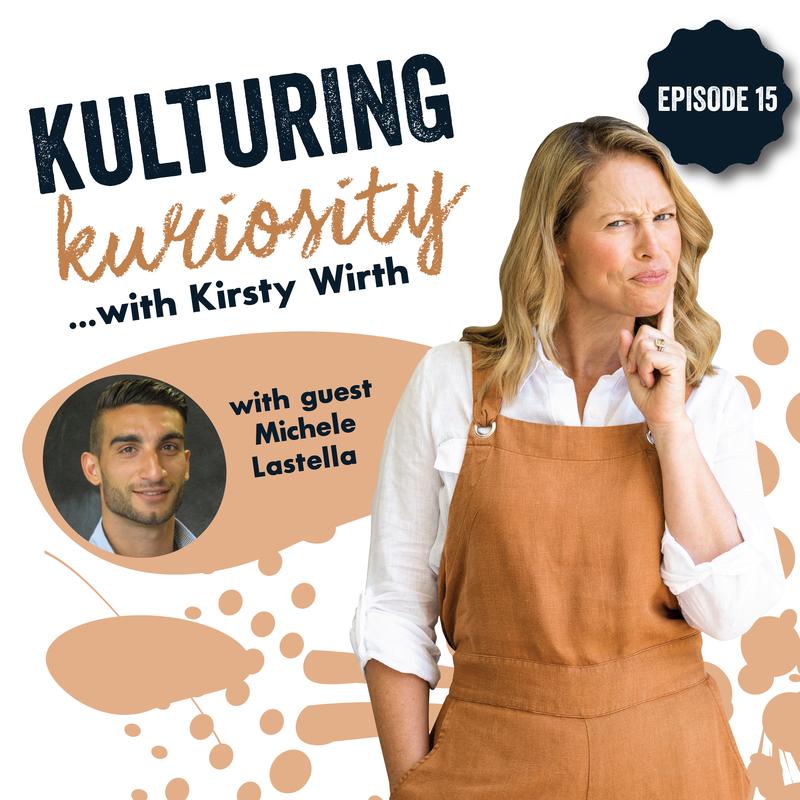 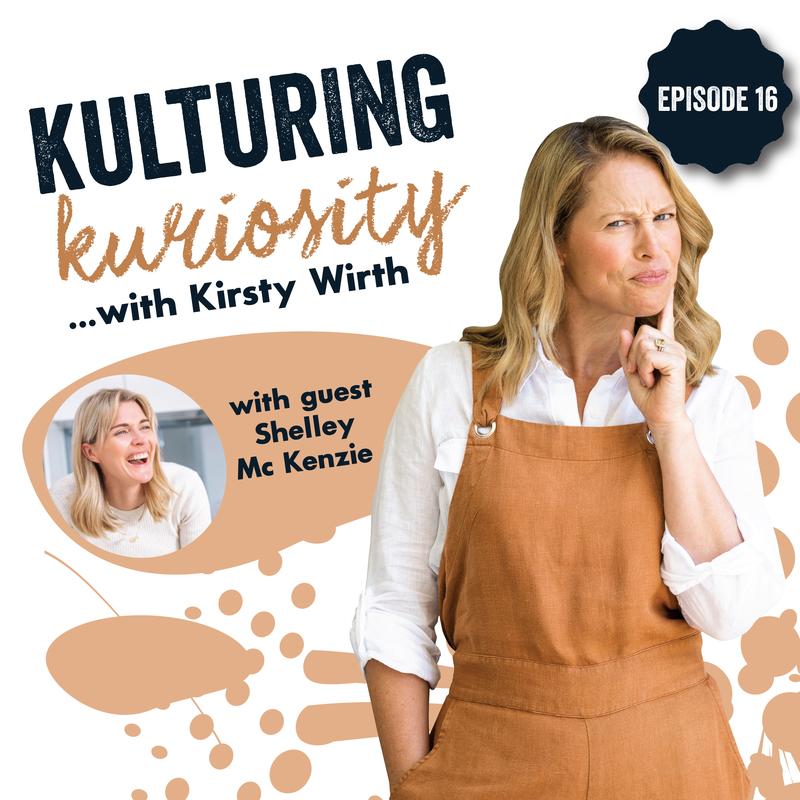 In this episode I am joined by the incredible Shelley McKenzie, Nutritionist, soon to be Naturopath, and proud Mama. Shelley specialises in female hormone health, and is very passionate about fertility, pregnancy and beyond. Join me as we chat about Shelley’s health journey, and all that she has overcome, as well as preconception health, pregnancy and that sacred postpartum period. 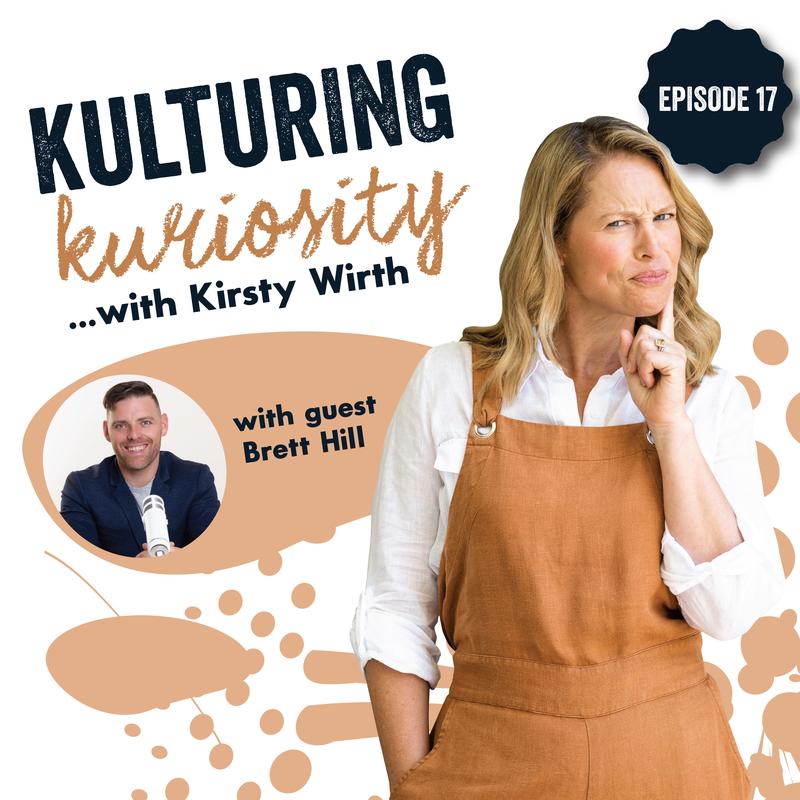 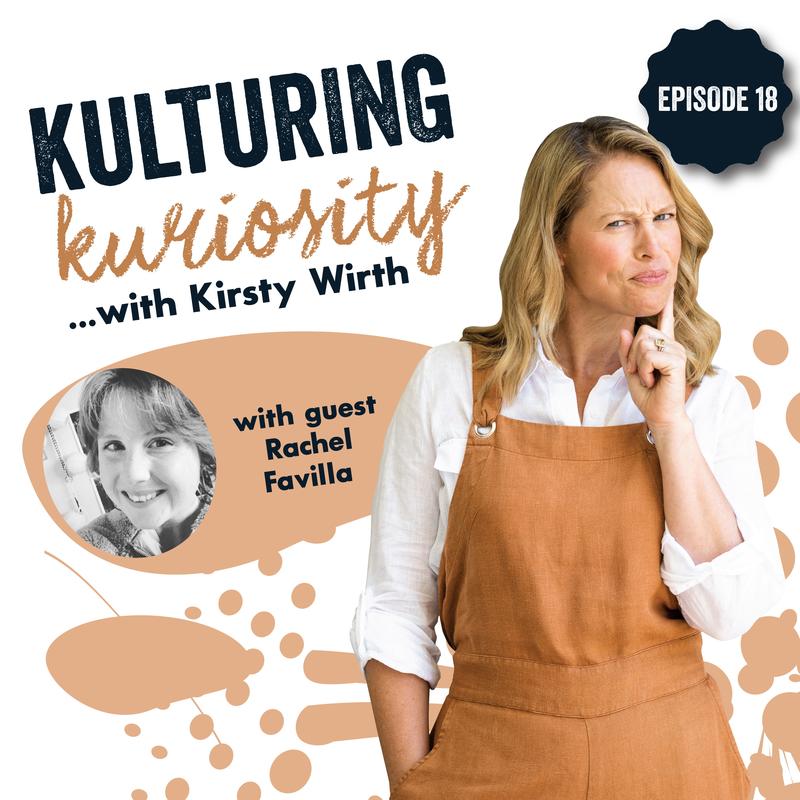 In this episode I am talking with Rachel Favilla. We begin discussing Rachel’s history of being diagnosed with Autoimmune hepatitis at age 14, which led on to a diagnosis and treatment of Anorexia. Rachel eventually found the healing power of real food and is now a nutritionist and educator with a beautiful simple philosophy around eating real food that serves your body and makes you feel good. 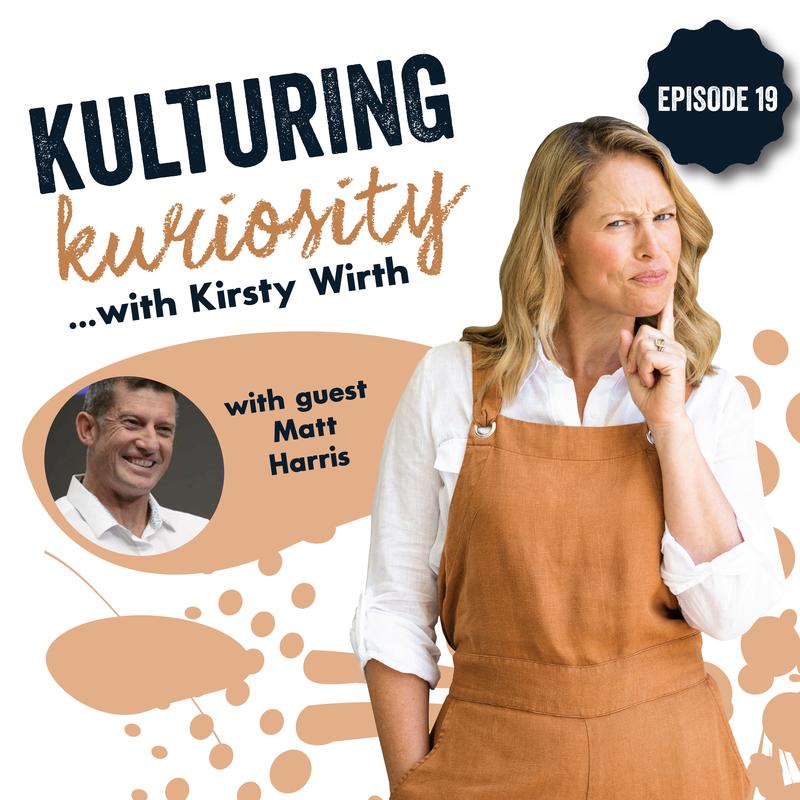 Ever wanted to grow your own vegies? Well this is the episode for you. Today I chat with Matt Harris, founder of Vegepod, a company whose mission is to make growing veges foolproof. We cover topics such as soil health and quality and food miles. No matter what the size of your outdoor space I hope this inspires you to get growing. 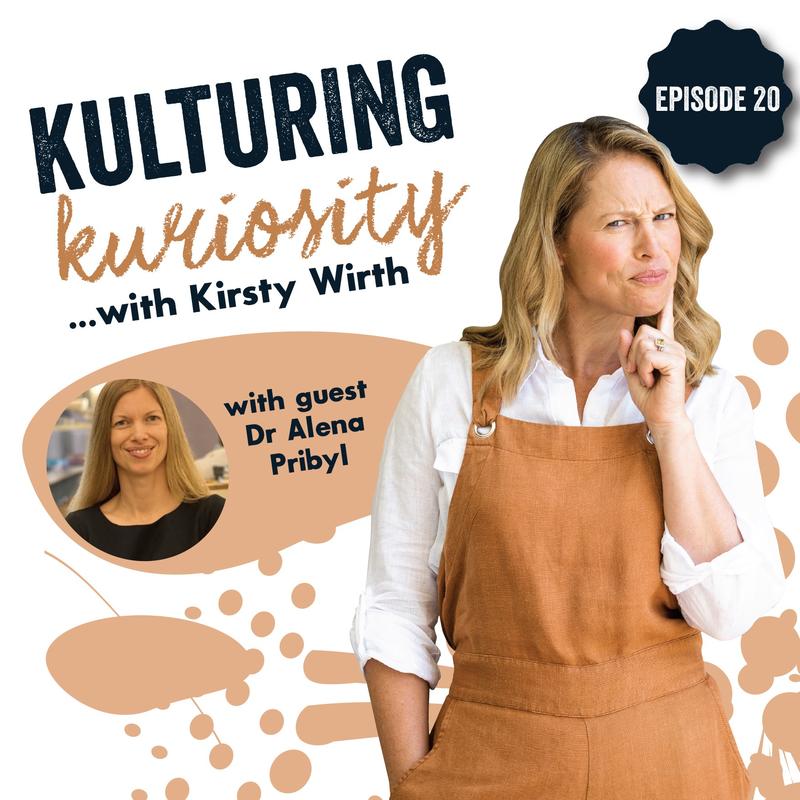 For all the gut science nerds out there like me you are just going to love this episode. Today I interview Dr Alena Pribyl who is the senior scientist and research officer at Microba, the very lab we use at Kultured Wellness to analyse our clients’ gut microbiome. Listen in as we discuss the cutting edge science around sequencing and latest insights into the gut microbiome as it relates to mental health, cancer and more.

Join our wait list to be the first to hear about the next intake for our incredible online program!